Something happened to me in the late 70's early 80's. I was a witness to the greatest athlete I've ever seen play shortstop, the most physically demanding position in baseball. It's been a groundhog day ever since. 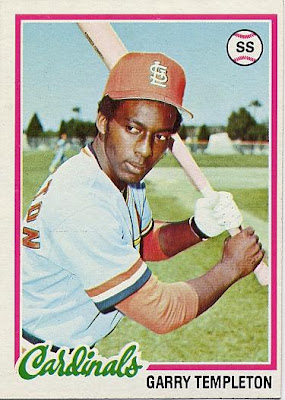 Garry Lewis Templeton, "Jumpsteady", I've never been able to get him out of my head since...
I've looked hard and I've looked far but I have never seen anybody even come close to what he did and the way he did it.
The way he moved, gliding around the basepaths, all the way to third base, in his uncharacteristic running style, low stooping shoulders, keeping his center of gravity as low as possible, with his fingers pointing down as if he was using them as cleats to plant in the dirt and move even faster.
With the agility of a panther on the field to range all over the hole and even left field with a few long, graceful and powerful strides, making plays standing up that others like Ozzie had to dive for. 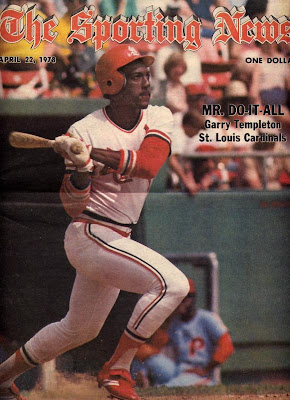 For a brief period of time in baseball's history, Garry Templeton was the most astonishing athlete in the game. "Mr. Do-It-All" read the cover of the April 22, 1978 Sporting News, 'cause that's just what he did, hit, field, run and everything in between.
Not only could he do everything but he did it with his own style and grace, made it all look so easy, like routine. Too easy maybe, he looked amazing when he executed but by the same token his coolness made him look nonchalant, careless, when he booted an occasional grounder.
So here I am, 30 years later writing a blog about this man who is mostly remembered for his few mishaps and infamous catchy quotes rather than for the myriads of dazzling plays he performed during his career. 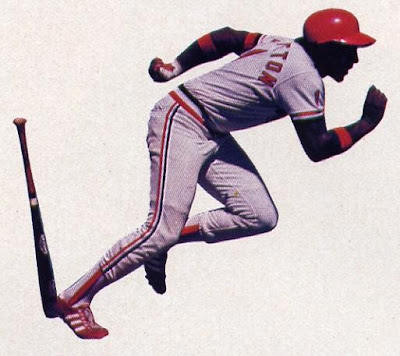 Unable to find a worthy heir to his crown, I've been caught in a time warp ever since, frozen in time, re-living his career through collecting magazine articles, interviews, statistics, pics, cards and the few videos or highlights I've been able to find through the years. Thanks to eBay.
Also thanks to the great WhatIfSports.com pretty cool simulation game, I've been able to keep him active and get my daily dose of Templeton boxscores.

In closing this initial blog post I'd like to send out an invitation to every baseball fan out there who'd like to discuss and argue about any related topics, shortstops, 70's-80's baseball funky-disco era, triples hitters, base stealers and unique athletes of the great game of baseball.
Posted by funksteady at 11:55 AM