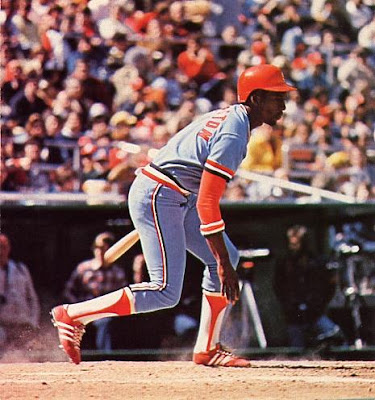 Alright, after startin’ my argument about Cool Jumpsteady Templeton’s genuine funky style in my first Mr. Cool article, now’s the time to depart for a deeper journey into Garry’s groovy cool factor.
To be cool you need to have style, and that is something young Jumpsteady expressed a plenty, a naturally…
As I said before, to recognize cool you have to be cool, you don’t appreciate style unless you have some yourself. What I’m sayin’ here is;
If you don’t got it you won’t get it, if you don’t get it you don’t got it…
So for those of you who got it, read on and appreciate, and for those of you who don’t got it, either leave now for fear of feeling stupid or get ready to be enlightened by the genuine self expression of an all out natural born funkycoolsupaphenomathlete.
The Looks
Now you can’t be cool if you don’t look cool. How you look is determined by two factors.
The first is genetically inherited, and that is already where the Templeton legend begins. The man was blessed, I mean he was a perfect specimen with ideal proportions and a lean but muscular physique that combined to produce speed, explosiveness and tremendous coordination. 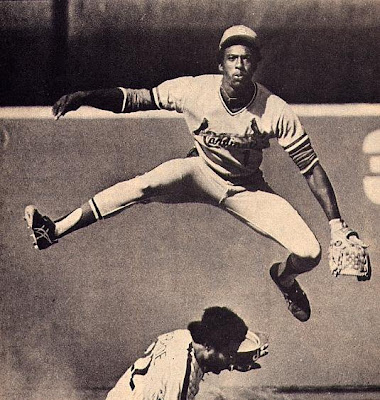 The type of perfect blend that results in graceful agility that creates the illusion of easiness, the ability to do effortlessly what others will achieve only with difficulty and awkwardly.
As if this perfect body wasn’t enough, Garry was also a very handsome man with symmetrical and dignified features. Cat like eyes with just a hint of sleepy eyelids giving him the cool nonchalant look. Aerodynamically carved eyebrows. Sharply chiseled cheekbones and chin surrounding a noble nose and fully shaped suave lips that make Mick Jagger’s look like a stiff-lipped 67 year old english nanny… 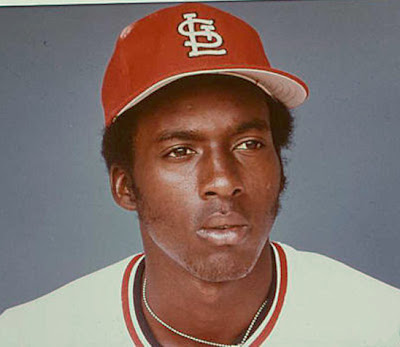 So, all in all Tempy, just like the Buddha who had been born into a perfect body, is one of those proof positive that all men are not created equal…
But stick around, here’s the second part, where we all can do something about what we’ve been given or not…
The second factor about looks is what we do with what we are. The hair and facials, clothes, what we wear and how we wear ‘em… That is where personality will testify for itself, for better or for worse…
Some people have great genetics but screw it up by lack of taste and style, others have lesser physiques but will make it up by expressing true inspiration that will actually bring out their personality and uniqueness, which will always be cool. And then you have a guy like Garry Templeton who’s got the whole deal, great genetics, and a natural sense of style expressing in pure coolness.
Here are some examples.
Hairstyle; the afro. The ‘fro was cool back in the late 60's, the 70’s, early 80’s and actually still is today but few have enough balls, flair or hair to wear it nowadays. But back then it was so cool that even white folks would have their blondy locks permed into afros LOL! True though that Tempy didn’t always wear it or maybe didn’t grow it as much as Oscar Gamble or Bake McBride but that was only because of the no hair rule enforced by the Cardinal organization until about ‘79 when management finally eased up on it.
There was something about the baseball ‘fro look that was simply pure funky cool. The poofy hair that just wouldn’t be tamed, poppin’ out wildly under the caps and helmets will always remain one of the coolest, grooviest and typical image of baseball’s disco era. I mean look at today’s ball players, all you see are bald guys except for a few dreads here and there… C’mon fellas where’s your style. Yea I know, steroids and all that junk will give you a bad hair day…
Here’s a pic of Tempy’s afro at it’s wildest! 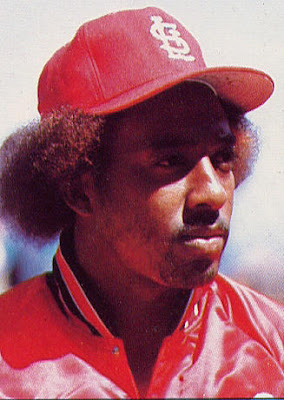 The facials.
Very few ball players of that era didn’t sport some type of facials, unless of course they were cursed with the retarded no-hair rule…
Back then the fashion was hair, the more the better. Mustaches to handlebars, sideburns to mutton-chops, goatees to full-out beards, every player had his own way of expressing his manliness. But here again, Tempy had his very own original style of showing-off his unique flair for coolness.
Jumpsteady went with the sideburns and goatee. But what made his facials special was the way he let his sideburns grow across and under his cheekbones to reach down to his goatee. Not only was that the ultimate funky cool facials’ style, but it made him look even faster, creating the illusion of perfect aerodynamics. 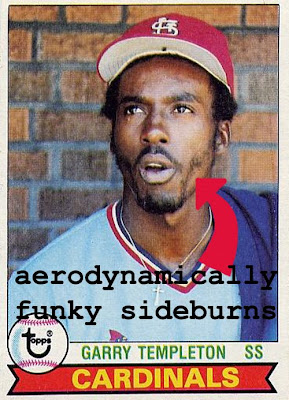 You could almost see it as he blazed across the field, his nose and goatee cutting right through the wind, splitting the air that was being channeled and evacuated left and right through his sideburns and cheekbones… swoosh!!!

I’ll conclude the looks part of cool with a couple of garment and clothing examples. Now, you can’t express a whole lot with clothes when you have to wear a uniform but still, Garry did manage to maximize on his few opportunities.

First off, you have to choose a number.

What can possibly be cooler than being number one?!
The first, the one and only, the original number, the daddy of all numbers, a simple yet perfectly symmetrical vertical stroke… ‘nuff said!

Ok then you gotta wear a batting helmet, after going with the single earflap for his first couple of seasons, Templeton finally chose the cooler flapless helmet, worn over the cap, in 1979. 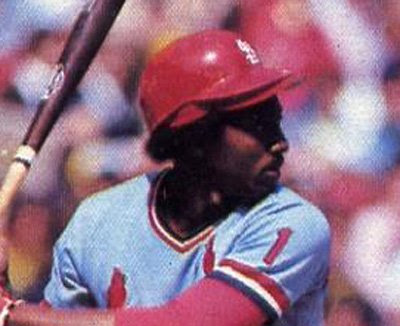 Garry’s superior reflexes could afford this otherwise hazardous choice but it’s one that’s been removed since ‘83 in an effort to prevent serious injuries to baseball’s main assets.
I’ll end part II with this subtle yet unmistakable touch of coolness, watch how Tempy ties his jacket, not with the buttons but by tying both ends together… so 70’s… so cool… 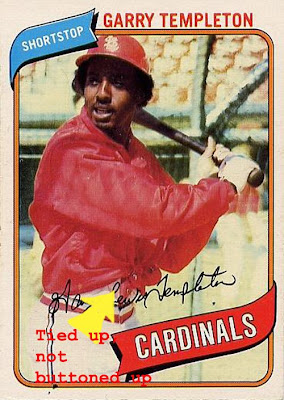