A new Outlaw in Chico! 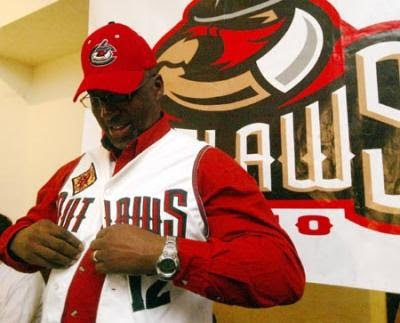 So far I've been concentrating this blog on Garry's playing days but of course, any true fan of our favorite shortstop knows that Tempy has never left the game he loves with a passion and he's been very active coaching and managing for the past 12 years or so.
Garry seems to be a natural when it comes to communicating his baseball knowledge and sharing his experience. After all, the game flows in his blood, he's first learned it from his father Spiavia who played pro-ball in the Negro league, had a 16 year all-star career while at that same time coaching his own kids and even spent some of his off-time participating in baseball clinics for youth or throwing batting practice for the neighborhood kids in his own backyard!

Tempy has now just been named the new skipper for the Golden Baseball League's Chico Outlaws which is highly regarded as one of the top-class orginization of the professional independent baseball league, which boasts teams in all three North American countries of Canada, Mexico and of course the US.

Mr. Templeton seemed quite enthusiastic about joining the Outlaws as he said during the press conference; 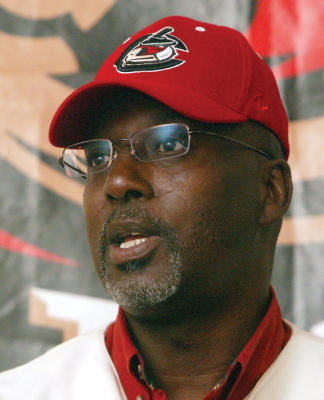 "I was always kind of jealous of Mark Parent (Outlaws former manager)," Templeton admitted in his typical mellow manner. "His locker was right next to mine for six years when we played on the Padres together. Because of the fan support he had (in Chico), the way the players played here, the stadium he got to play in, I always asked him if he wanted to switch places."

"I've wanted to manage in Chico since the first year of the GBL," said Templeton. "This is the best place to play in the league, with the best fans, and a great facility. There is a fine nucleus of players coming back that with some additions can get the Outlaws back in the playoffs and competing once again for a championship."

The enthusiasm was obviously shared by Chico's GM Curt Jacey; 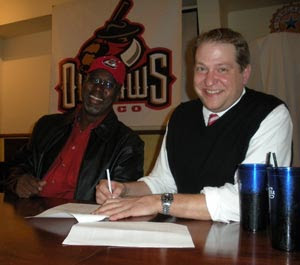 "It will be exciting to have such an accomplished professional as our new team leader," said Chico Outlaw General Manager Curt Jacey. "Garry's proven he can win at any level, but just as important is his tremendous reputation of being involved in the community wherever he has played or managed."

"We're really looking to put a lot into improving the player experience here," Kaval said. "Having that and Garry's vast network connections in minor league baseball, I think you're going to see a real strong team out on the field."

I'm looking forward to following Garry's new assignment with the Outlaws this spring, it all seems like a win-win situation.

I always thought Tempy would eventually manage in the big leagues as I'm positive he's got all the needed skills and experience to succeed in doing so. I know he's said himself that he was really enjoying coaching young ballplayers and watch them improve. And that, though he would certainly like to take up the challenge of a major league gig, he'd still be a happy man if that opportunity never presented itself, still, as the fan that I am, I really hope that one day, he'll be wearing a MLB uniform again, as a skipper this time!

In the meantime GO OUTLAWS!

Posted by funksteady at 8:10 AM